One Small Step for Man, One Giant Leap Backwards for Mankind

I'm in the midst of exactly 4 books right now and will be getting to the literary posts again, but in the meantime I came across this article that absolutely infuriated and disgusted me. Basically I feel about this article the same way Clark Kent feels about most rocks - it hurts my soul and turns me in to a rampaging lunatic.

For those who care to indulge, feel free to click on the link below and read Preston Waters pontificate the most sexist opinions since the 1800s.
http://elitedaily.com/dating/gentlemen/good-girls-unicorns/

That was ATROCIOUS! What an ignorant piece of shit. We should find him and remove his testicles so he never procreates.

Then proceed on wards my friend! I'll get the scissors while you peruse my rantings.

If your answer was:

I dunno…I agree with him on quite a few points. Women today just aren’t the same ya know?

Then get out. Leave.

Let's start out by looking at some of our friend Preston Waters' statements.

Women have changed drastically
Yes. They have. They've gained basic human rights, a life outside of being a wife, and become more educated. My apologies to Mr. Waters if he's looking for a nice old timey gal who won't lift her petticoat for him before marriage (at age 16), but the vast majority of woman since the 1970s indulge in test driving the car before buying it.

...Women seizing the moment and just living life and having fun like they like to call it...
How. Dare. They. Those damn women and their fun! Listen up ladies - Preston didn't give any of us permission to "just live our lives" - stop it. Just put down your confetti, take off your high heels, and get your self back to your cooking and cross stitching before we ruin society forever.

Sure we men are to blame for this as well, but that is because we're idiots.
...That's it? That's his grand reason to excuse men from the same scrutiny that he is subjecting women to? Because men are idiots? Women are the smarter sex therefore we should recede to our humble roots of family raising and house cleaning? I probably belong at pasture because I don't want to have kids and only lazily clean my house once a week. Might as well shoot me me now and end my whore life. (A bit dramatic I know. But you know us women - shrill and hysterical)

..at the same time I am also a gentleman that knows how to treat a lady with respect and compassion just like any other true lady should be treated
BAHAHAHAHAHAHAHAHAHAHA! If this man is a gentleman, I'm a literal unicorn. 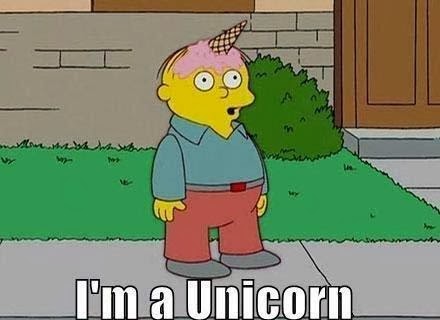 A (probably slutty)Hole in Reason
In addition to his vast generalizations  Mr. Waters continuously contradicts his own arguments (I mean I suppose I understand - it must be hard to sort out your point of view when your head is so firmly up your own ass). He scolds us women folk for our fancy free ways of having fun and taking charge of what we want, then makes statements such as:

Let me get this straight Preston. You'd like women to shut their legs, but let you bang them. Hate to break it to you bud, but legs have to open for the whole penis in vagina part to happen. Pretty basic biology. Then he presents the reader with this gem of wisdom:

...when we actually find a unicorn and settle down, our ego gets a bit ahead of ourselves and we find them a bit too boring for our liking, so we decide to cheat.

So all women are sluts, but there's rare ones that are pure and wonderful, but therefore are boring, so cheating on them with the aforementioned sluts is inevitable. Well isn't that just a cheery thought. We all might as well all give up on the opposite sex right now. Clearly the concept that men cheat with sluts, so women become sluttier to keep men's attention hasn't occurred to Preston.

Broken Penis Perception
The continuous use of the term 'broken' when referring to women is disturbing. We're not dolls, nor are we wild horses. Mr. Waters' notion of what make a woman broken is strangely similar to what others would call confident and independent.

Our friend Preston shows signs of intelligent life when he states

...we are eventually going to want more out of a female than just sex.

Oh you mean we're good for more than a place to put your dick? What a relief. What Preston doesn't seem to grasp is that the situation is the same for women. Eventually women will want more from men than just a living dildo. That's what growing up entails. The point in everyone (male and female)'s lives that is driven by their genitals is short lived so why not peruse it while you can? This could simply be the thoughts of a woman "just living life and having fun", but out of your 80 some years you're on this earth, you're going to have a max of 10 of those during which you'll participate in the meat market scene so why not jump in to it groin first? Or don't. The point is that it's your choice how to use your body. It doesn't matter if you're a slut, a compulsive masturbator, a prude, a tease, or a virgin - none of these titles will last forever because they're more a phase of life than a title of identity.

Mr. Waters speaks of the impossible woman who values herself so much so that she'll be an inexperienced starfish when she marries the love of her life (Preston himself I presume), yet he admits:

...it is a fantasy that doesn't actually exist.When you actually meet one, you will refuse to admit she's real anyways.

Well then it seems man kind is just shit outta luck on this one. Might as well grab a stripper right off the stage you've been drooling all over, slap a ring on her finger and put a baby up in that bitch.

This article makes me ever the more glad I'm dating a man who's exactly that - a man. Not a whiny bitch who clearly can't settle on what he wants in a woman. I chalk Preston's views up to being friend zoned one too many times. His hand must be exhausted.

Let women and men alike do whatever the hell they want with their body because it's their body to decide what to do with. The views of an online Neanderthal should not (and I'm sure do not) have any impact on what dress you're going to wear out tonight and who you're going to give a hummer to later on.

But hey. I'm just a silly woman. What do I know. 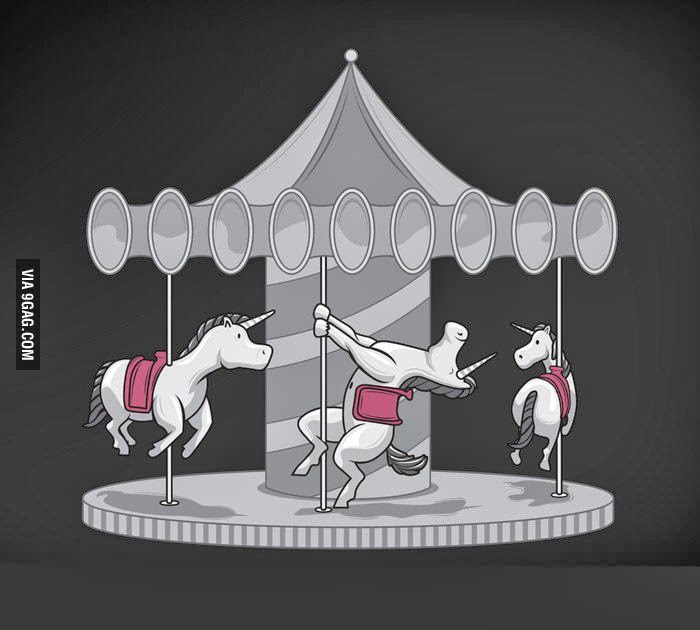 Ps - I resent Preston Waters statement that unicorns aren't real.
Posted by KBK at 11:33 No comments: