I'm going to keep this one short because I want to wipe the memory of this utterly craptastic work of fiction out of my head ASAP.

I made the mistake of reading the first of the City of Bones series by Cassandra Claire. It. Was. Awful.

I knew heading in to it that City of Bones wasn't going to be stellar, but I didn't expect it to be subpar to Twilight. I didn't even know it was possible to sink lower than 100 year old virgins and whiny warewolves but Cassandra Clare has powered through and supremely lowered the IQs of tweens everywhere.

This "novel" pulled cliches from every teen story out there. We've got:
- A heroine who doesn't know how attractive she is.
- The geeky friend who secretly has a thing for said girl.
- The mysterious stranger whom the girl finds annoying but pops a lady boner at the sight of .
- An absentee parent, and one remaining parent who keeps secrets "to protect their child".
- Magic.
- Crazy young characters. Fifteen years old? I'm pretty sure I was still excited about shopping at Claire's when i was fifteen.
- Magestic makeover scene turning the heroine from mousy to slutty.
- Geeky understated friend saves the day with unknown talents.

Rant Time
Why is it in these damn books that the heroine finds some skill set she never knew she had that saves her hide? Why couldn't it have been more like:


"The Revener pounded across the living room floor and tore Clary's esophagus from her throat before feasting on her tiny brain and bleeding heart."


Claire crams as many mythical stereotypes in her story as she possibly can (but still no Unicorns...they're probably too good for this slander disappointment book). 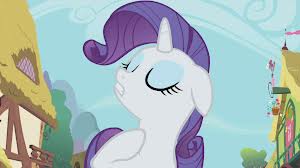 I would rather be eaten by Voldemort than be a part of this atrocity!

In addition to New York now being awash with mythical beings, we learn that these "runes" (which are never properly explained) can make Clary draw objects to life. Oh good. Just what we need. Do me a favor sweetheart and draw me a bottle of JD and a gun.

One last dig at this pile of compost - Cassandra Clare names her heroine Clary. Are you kidding me. Look CC. I know your life must be dull and your couponing can only get you through so many days, but next time you try LSD and have a 3 day trip in your basement, keep the story to yourself. I can find paper elsewhere to line my cat's litter box with.