Upon a friend's suggestion, the next "work of literature" (note the parenthesis - the most sarcastic of all punctuation) I set out to read was Cinder. My love for classic fairytales has been challenged in the past year with movies such as Snow White and the Huntsman with Grumpy Cat Kristen Stewart, so I hoped that a book adaptation of a classic might have a bit more to offer.

This book is a strange combination of Inspector Gadget, Princess Diaries, Hunger Games, and of course Cinderella. Big kudos to Marissa Meyer for imagination. Taking on the task of rebooting a classic like Cinderella is daunting. The most I could probably do with it is make her a tranny (surprise Prince Charming! Your new wife has a dick!).


Wicked Wins
Cinder's step mom was a fantastically developed character. What an utterly repellent bitch! Selling her daughter's possessions within minutes of her being carted off to die? Naming your daughters Pearl and Peony? Scandalous and deliciously evil. Being the evil step mother carries a lot of responsibility to be brooding and nasty, and Adri lives up to the title. It's a pretty iconic roll. In the case of this novel, I have to say I agree with Adri on many points. Cinder makes a lot of selfish choices, and I think it's only natural to choose your own (human) daughters over the pet project cyborg your dead husband picked up. 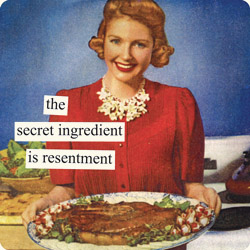 Evil is such a strong word. She's probably just menopausal.

Levana, the queen bee/alien empress/royal bombshell, is the real one who deserves the evil title. What a c-u-next-tuesday that one is. I'm brimming with jealousy over her ability to alter other's perceptions and thoughts. What a handy little feature! Especially when drunk.
Hot guy: "WTF you just puked on my jeans"
Me: "Or did I....."

I can't help but picture Iko, Cinder's personal bitch drone, looking like the love child of Wall-e and Eva. Which is amazing because I've always wanted an Eva (Wall-e not so much. Doesn't know how to mind his own business - too much of a keener). 
Ques Que Fuck?
As always, I had a few questions when reading this novel:

-Why is she still called Cinder? She's a grease monkey. Something like "Ratchet" or "Sparkplug" would be more appropriate. It's hardly as though the audience would miss the Cinderella reference between the bitchy step mom and the hoity toity prince.

-As a cyborg, would she be an objectiphile? Obviously she's attracted to the prince, but she did seem to have a bit of a thing for that gasoline car in the junkyard too. Just sayin.

-Why is there no  mention of animals? Not even a bird or a bug. Are all animals extinct in the future?

-Why did we decide to repopulate China of all places? Canada has more room, more varied climates and landscapes, and Ryan Gosling. China has rice and KPop.

-Exactly how much control does Cinder have over her mechanical hand? For example, if she was to give the prince a handy - would she crush his royal member?

-WHY WOULD YOU STOP A BOOK THERE MEYER? Rude. Cliff hangers are for TV episodes, not books. How will it continue considering the rumor is that the next book is about another fairytale? Please, please, please don't tell me Meyer is going to mix stories. GOD FORBID if she mixes the Grimms with Hans Christian Anderson.


My favorite quote of the book was near the beginning when the Prince and Cinder first meet:

“I can’t get her to turn on...She was working fine one day, and the next, nothing"

HA! How representative of many a man's sentiment towards the rubix cube that is women. Classic.


I was surprised with how much I actually enjoyed this book.  I'm sure the Grimm Brothers are rolling in their graves at the mere thought of a robot princess, but it was entertaining and an easy read. I do still like the original better - you really can't beat self mutilation stories.
The "twist" was predictable, but still a good aspect to mix up the original plot line of classic Cindy. I did miss the fairy godmother, because she's a badass, but I do appreciate the "make your own magic" message.

Four amputees out of five. 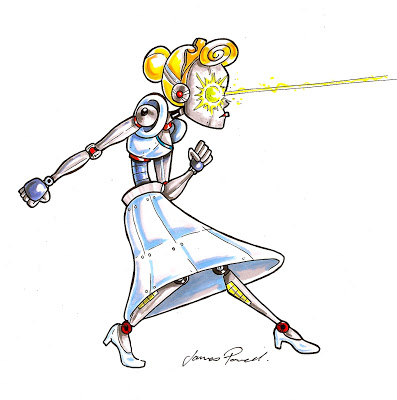